under the big tree.

Remember the construction fence that was around the big chestnut in front for about three years (two before we moved in)? Andrew and his labour crew transformed it. 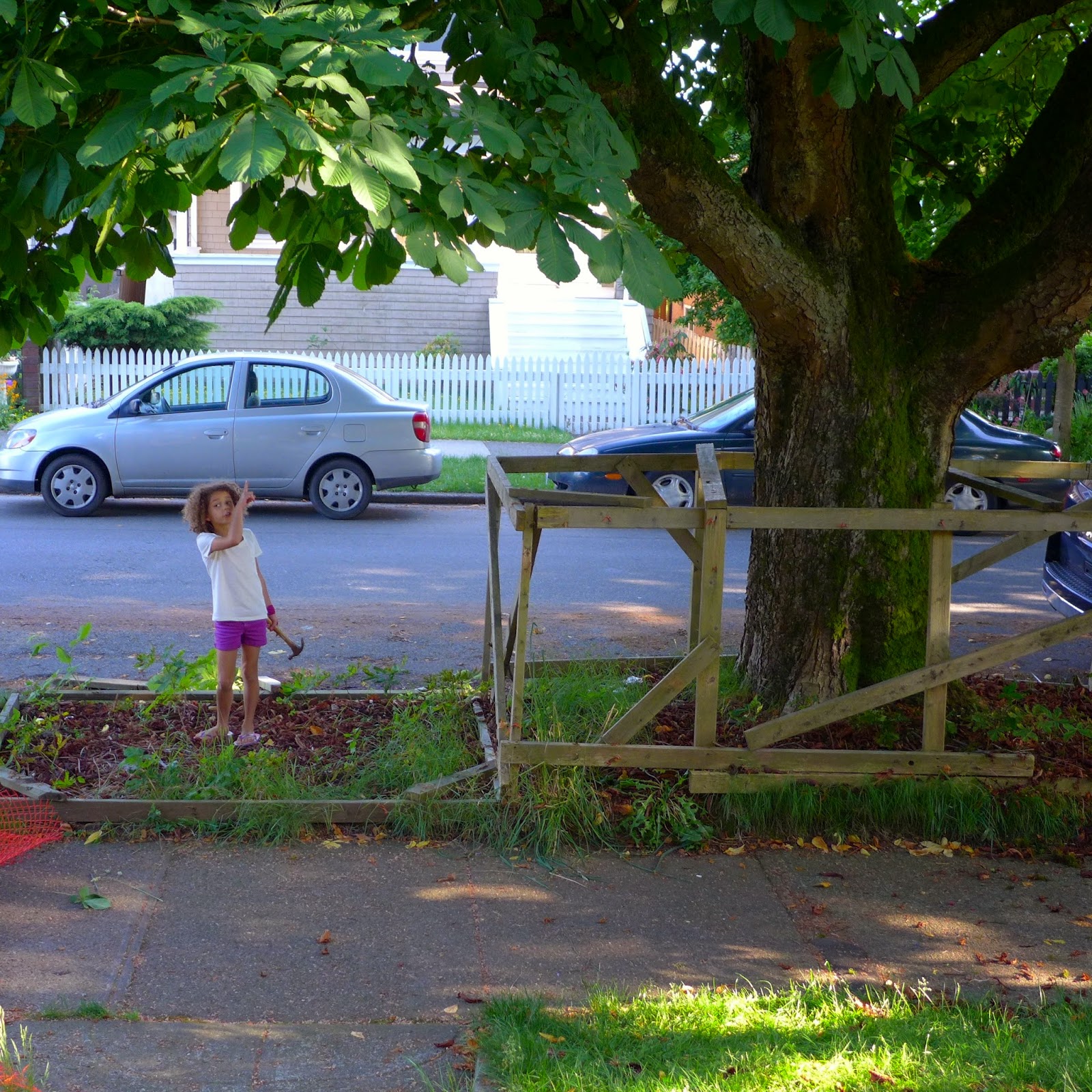 Look at the size of that tree! 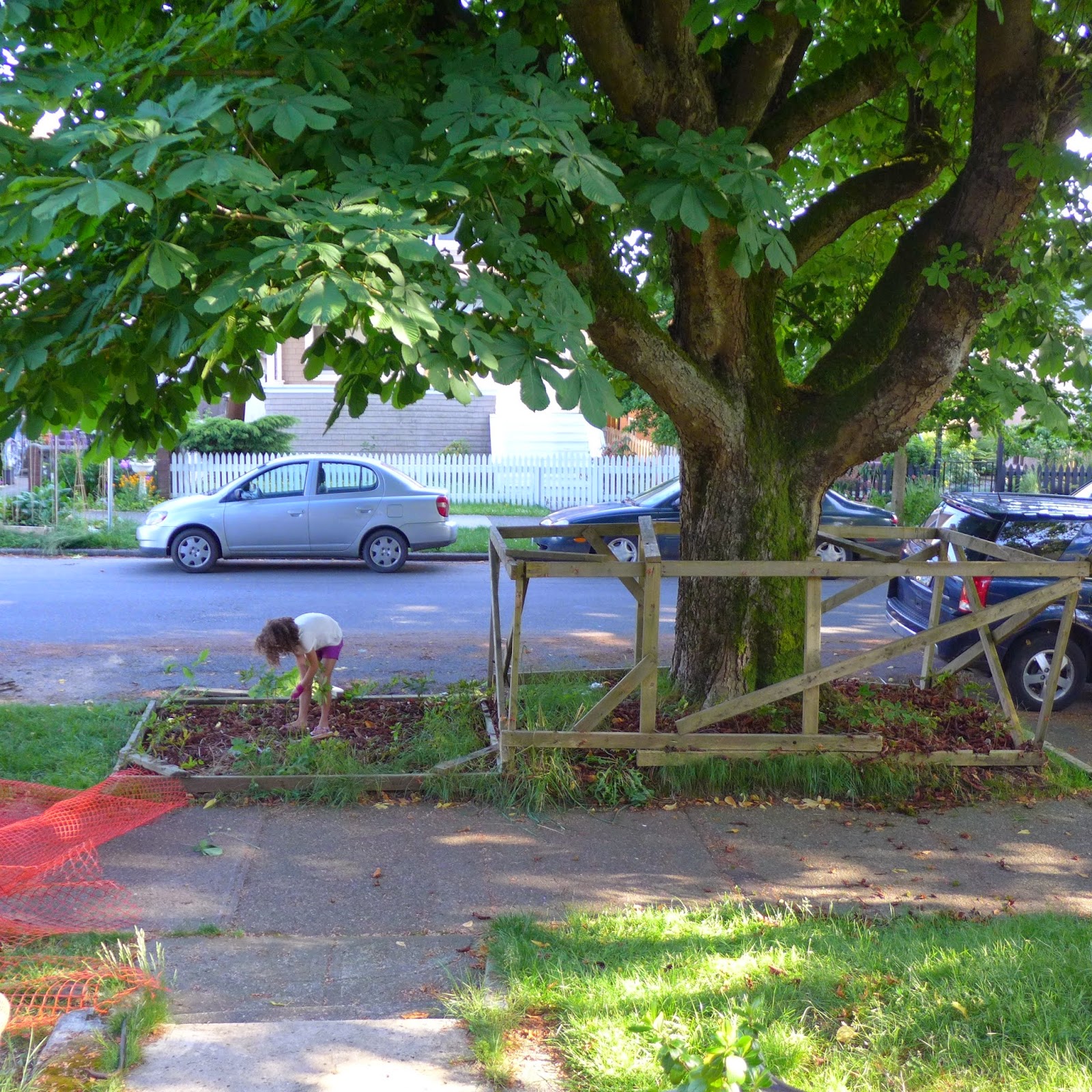 I was a bit late for "before" pics, but you can see the orange fencing off to the left. (Fifi is excellent  at farmer poses.) 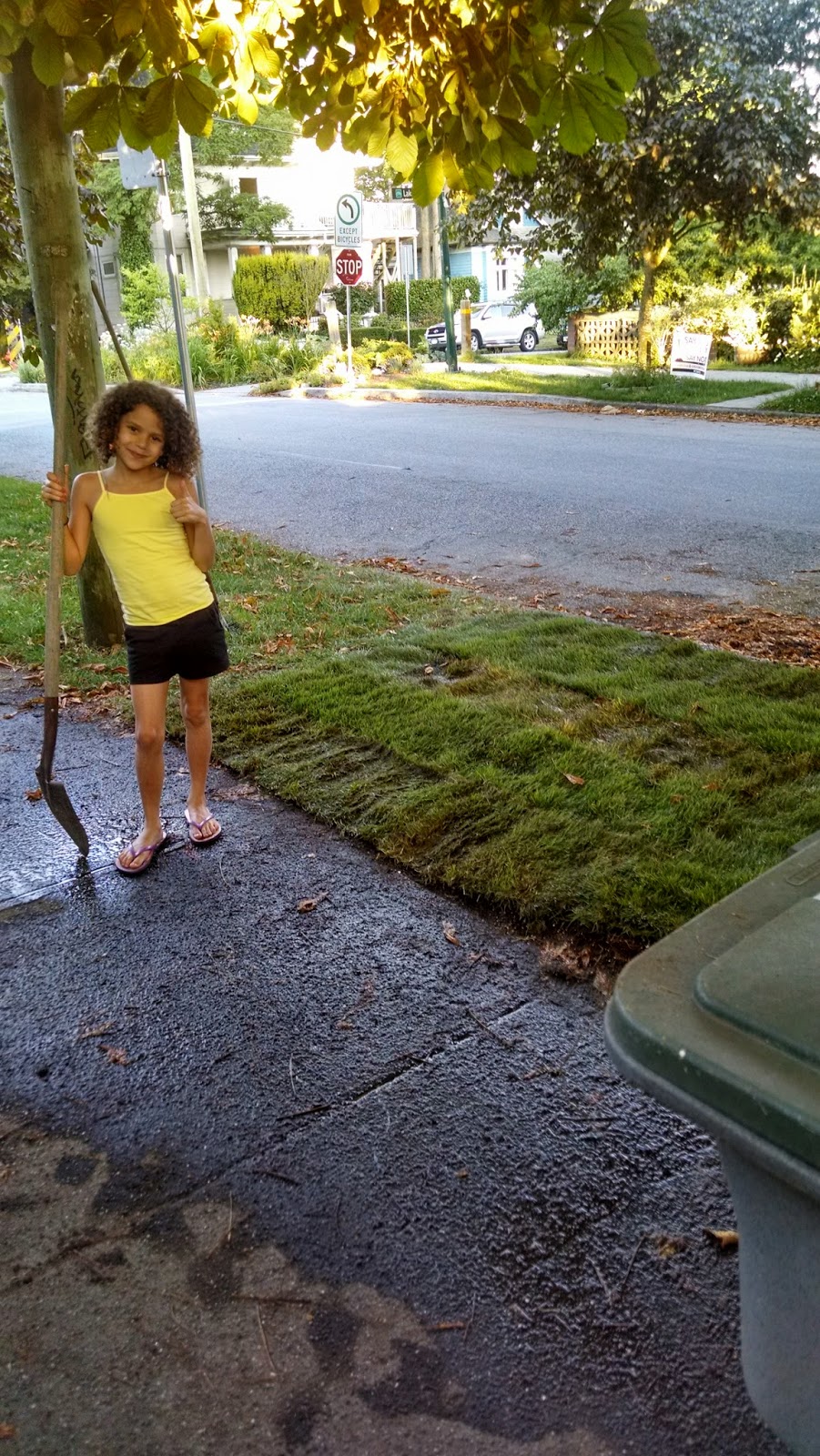 First, we put down some soil and sod, which I scrounged off a landscaper working in the neighbourhood (just asked if he had any to spare, which he did).

Turned out the soil was from a certain "medicinal plant" farm as evidenced by the many little full-grown surprises we found in it. Which we sold to help offset some of our costs. Kidding. We chucked it. The soil was sure rich though! (BTW, this is NOT the same soil piled in front of our house that we're now giving away!) 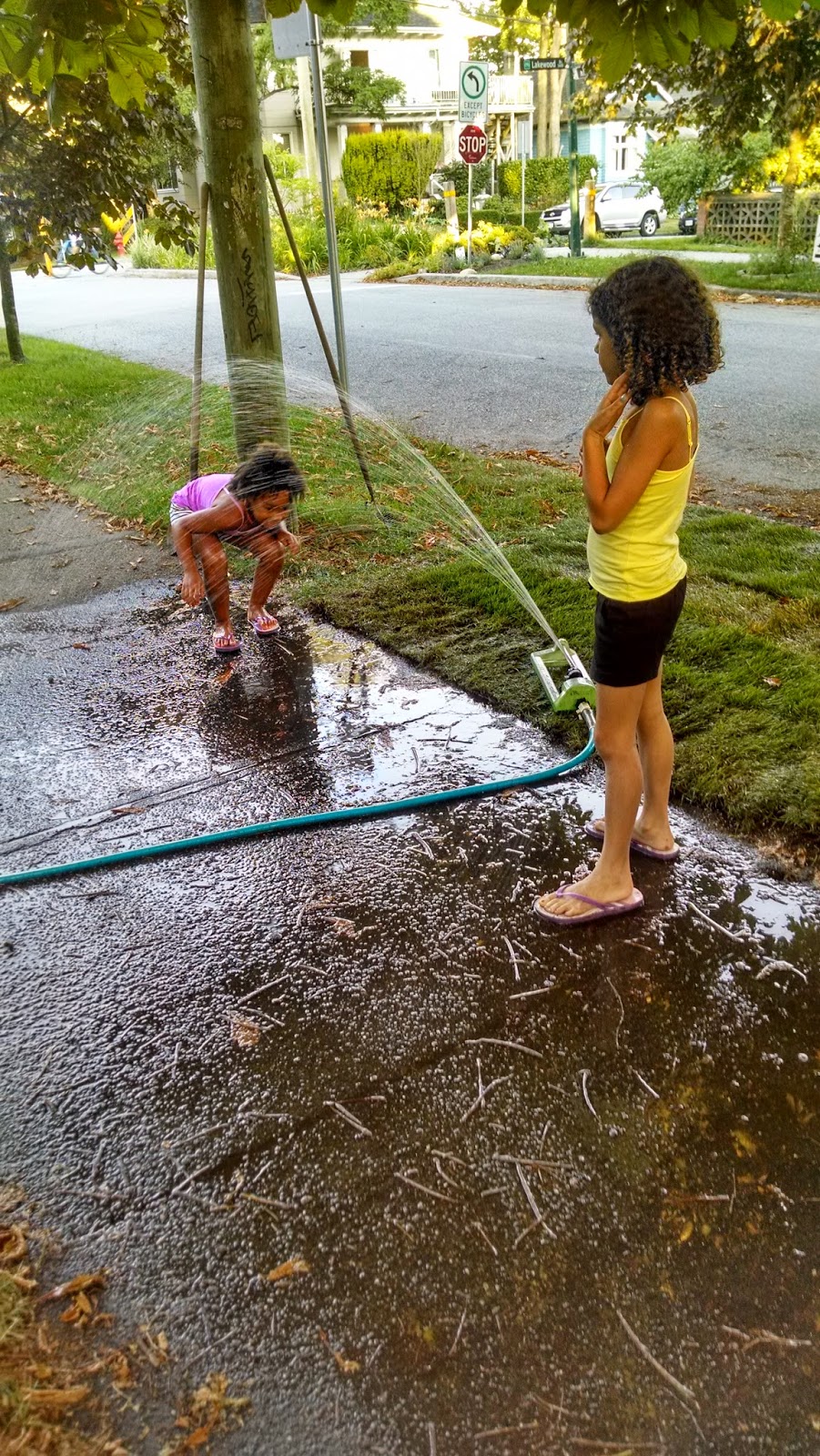 Yippee! Summertime! Sprinkler and a little strip of grass on the boulevard! 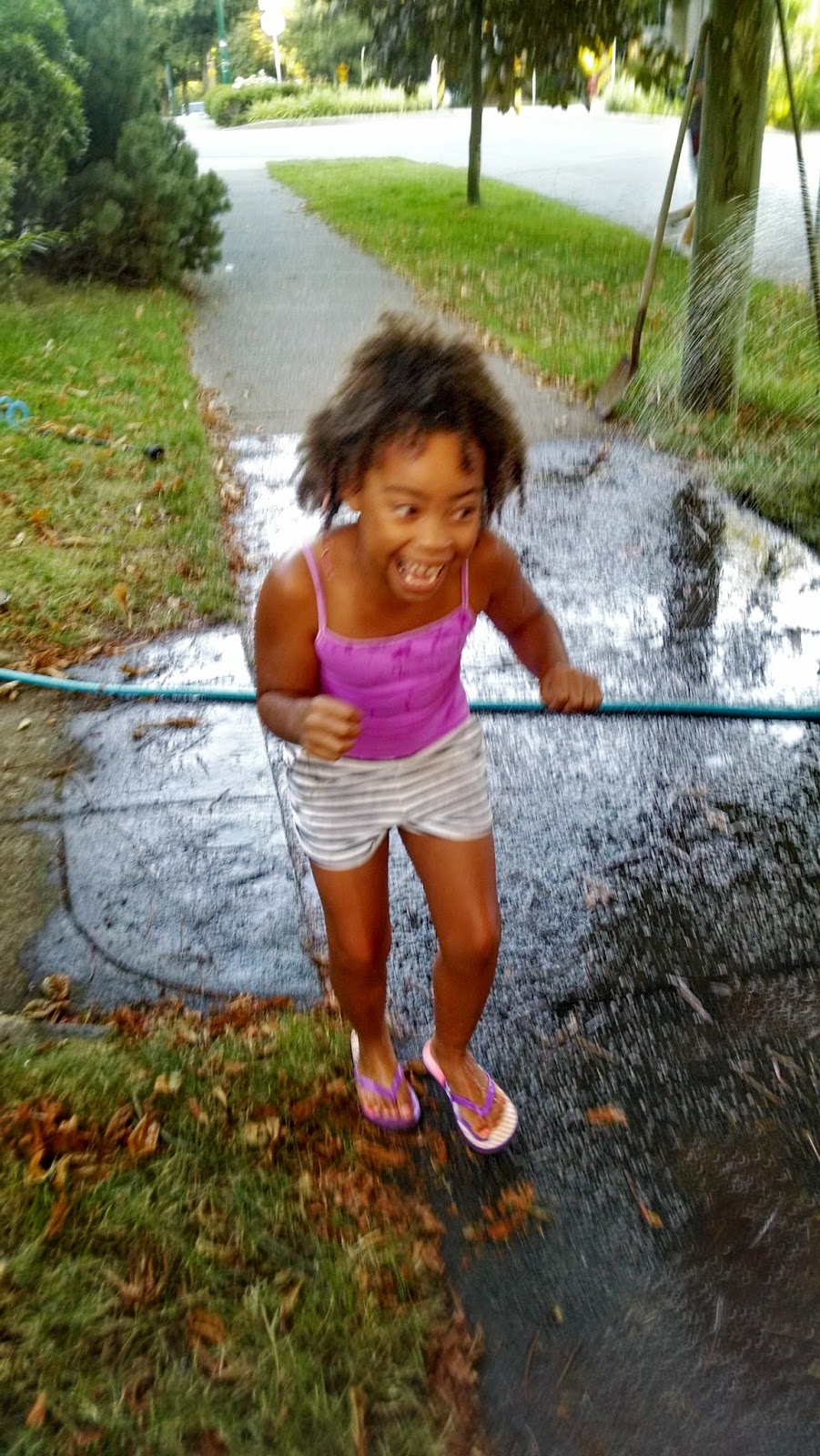 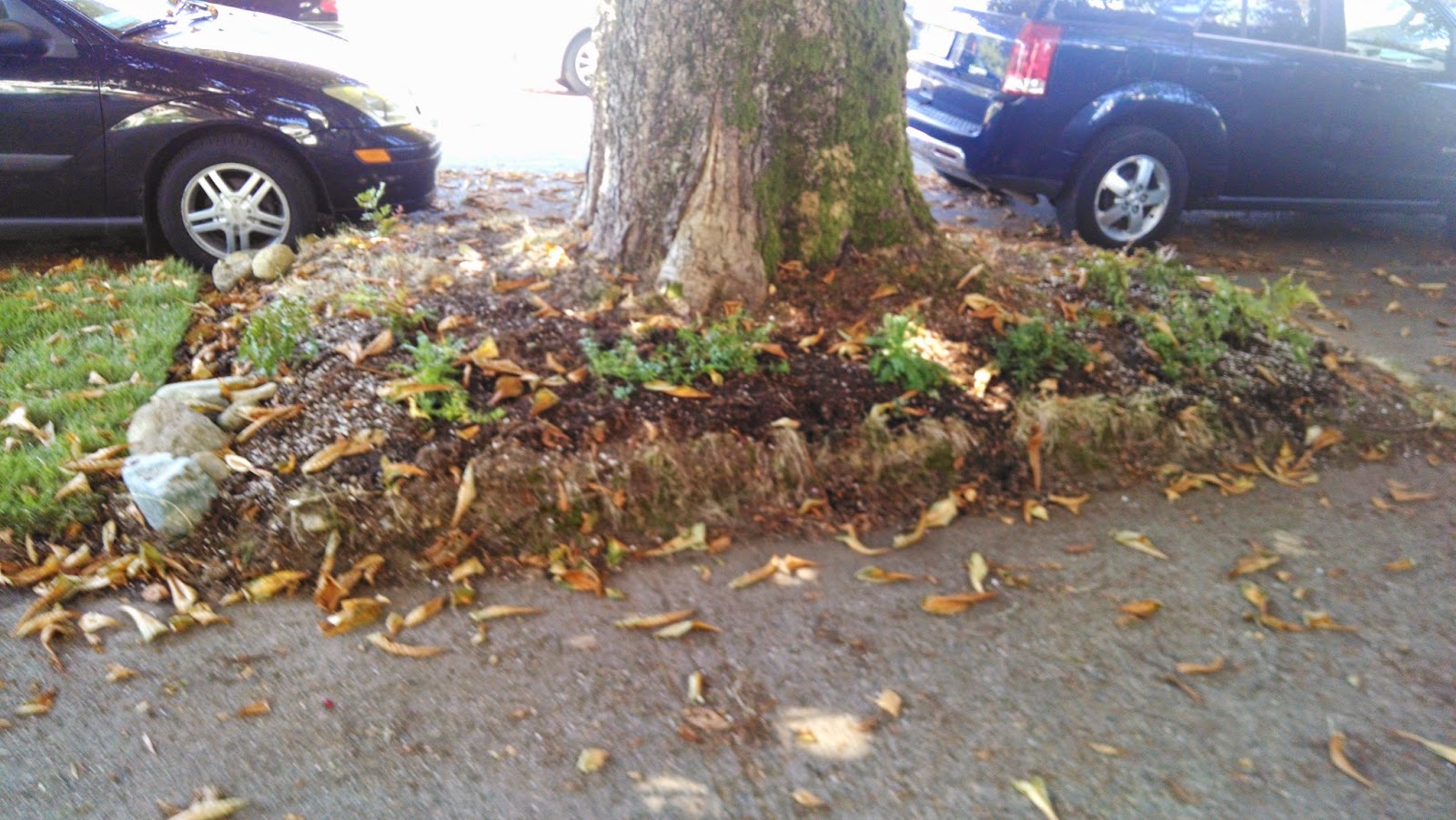 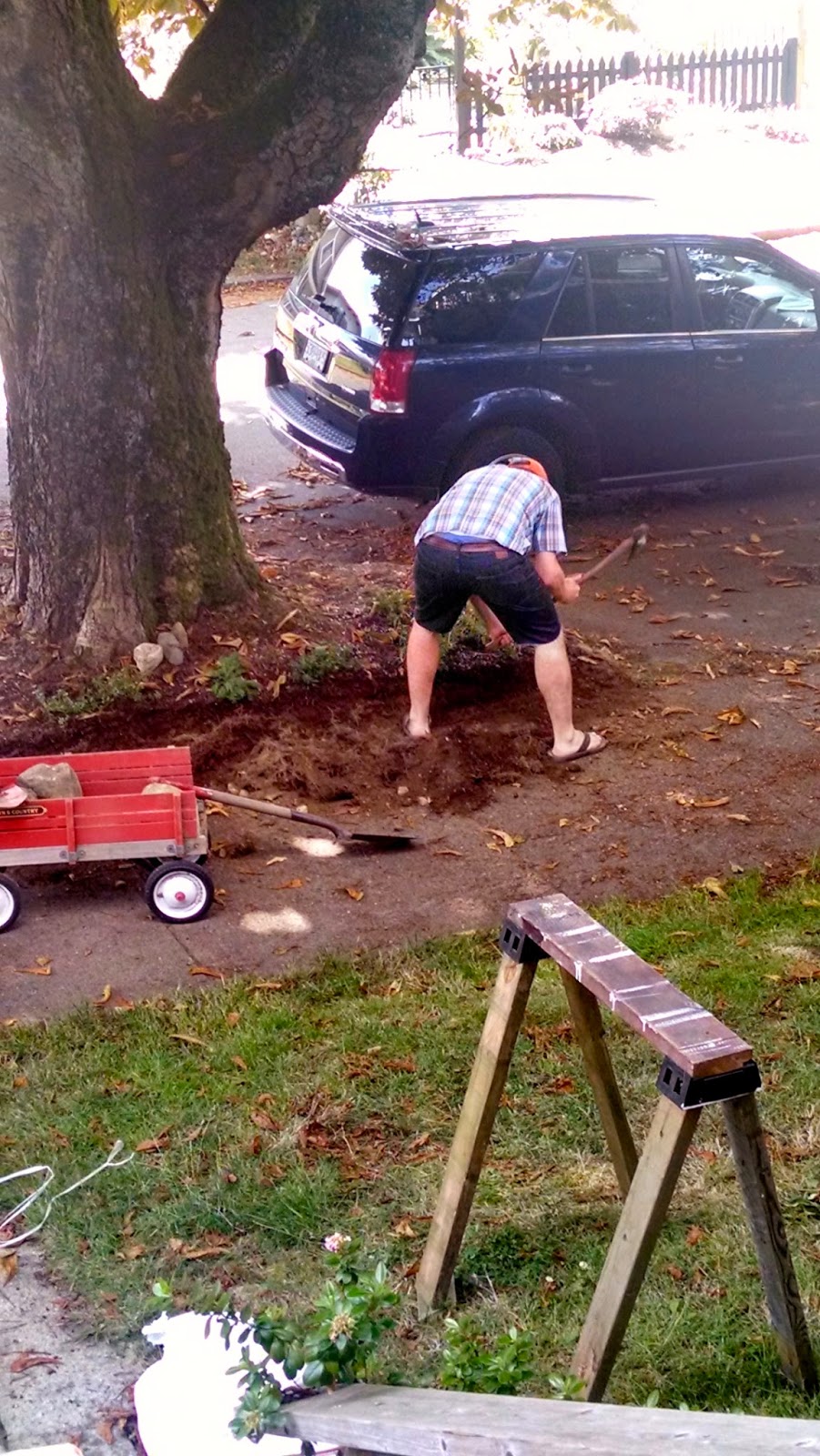 After the fun, Andrew started to clean up around the tree so we could do some planting. He took an axe to some of those roots. (caught your good side with that camera angle there, Andrew!) 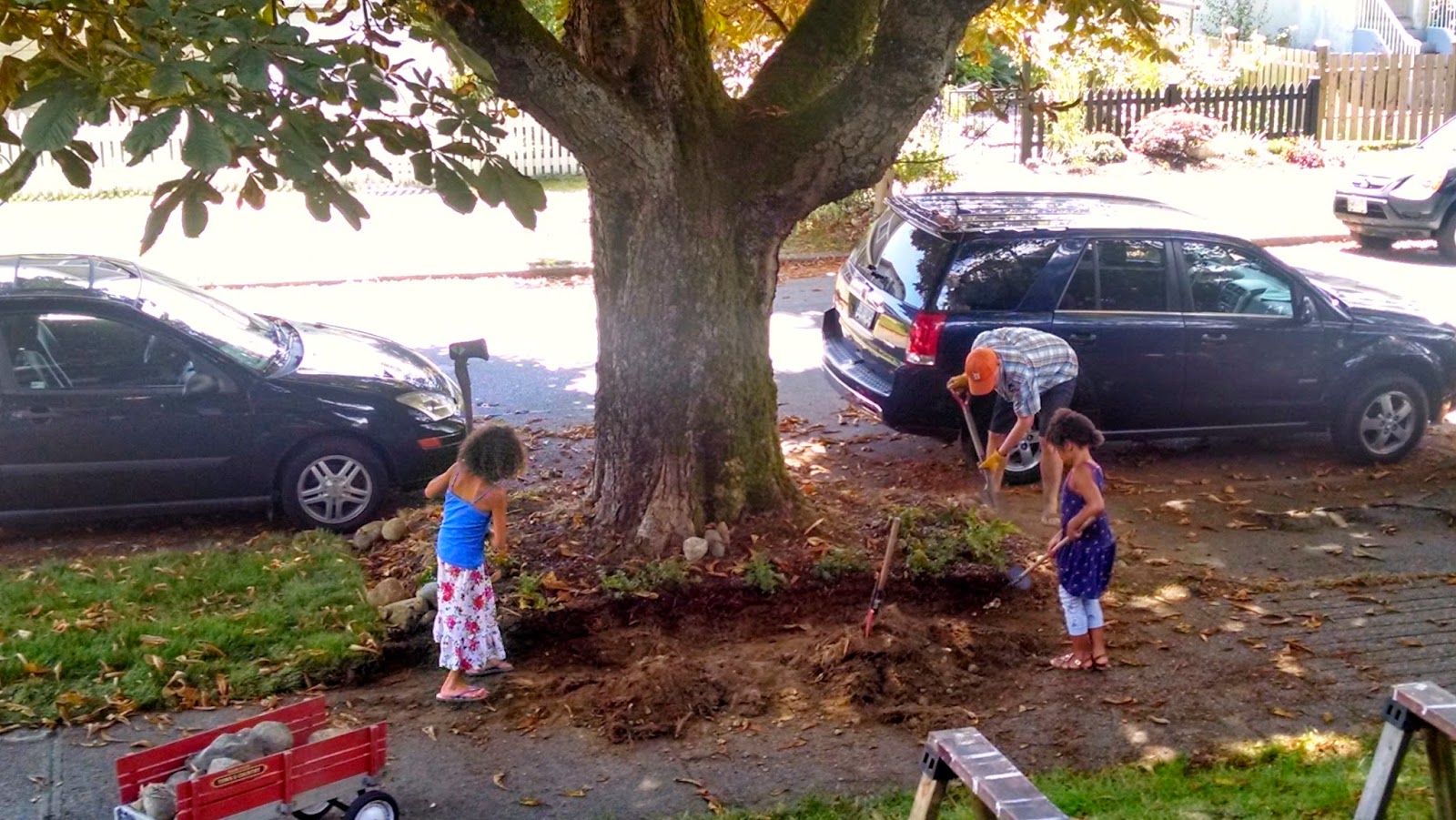 The crew helped out. 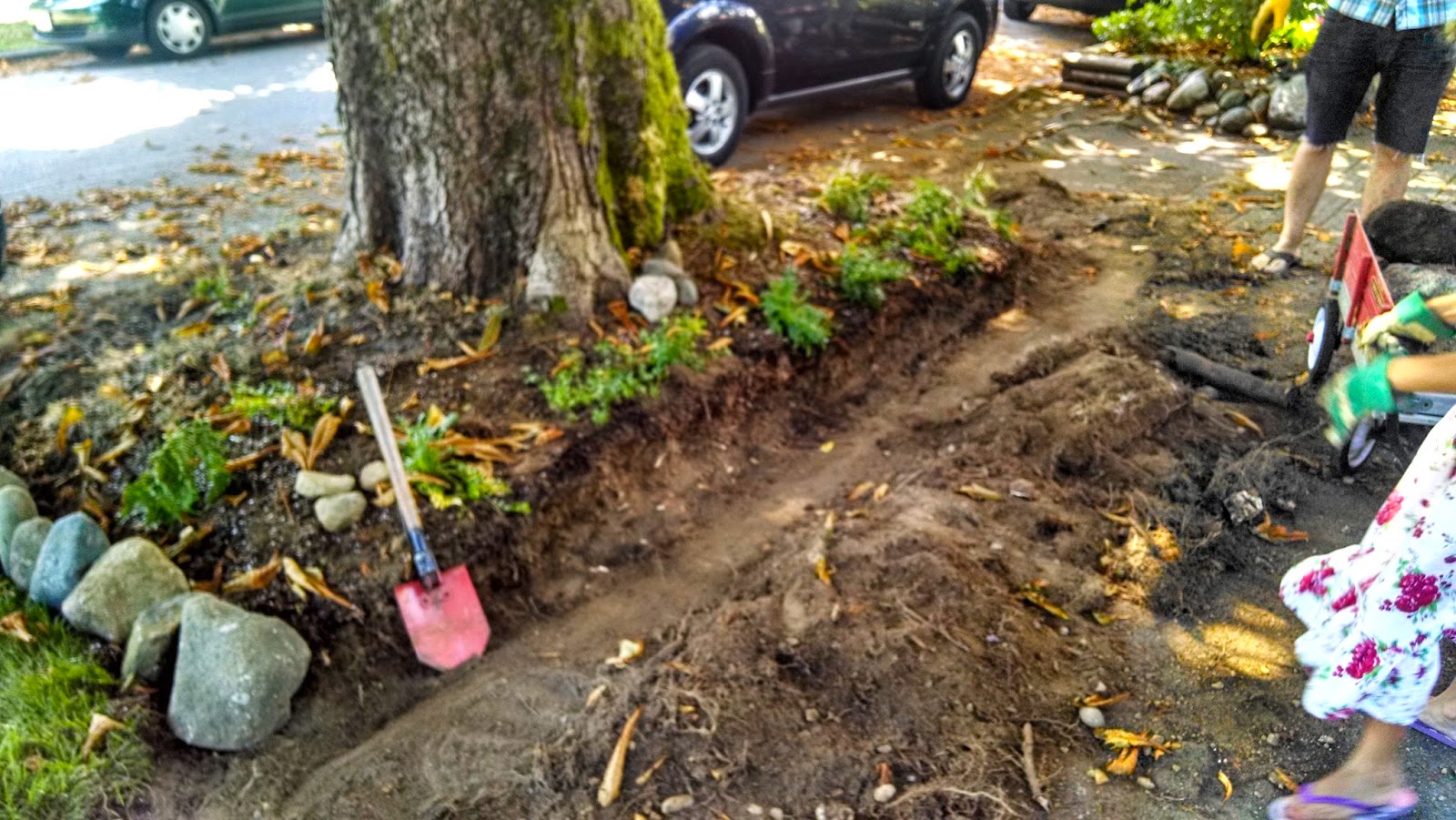 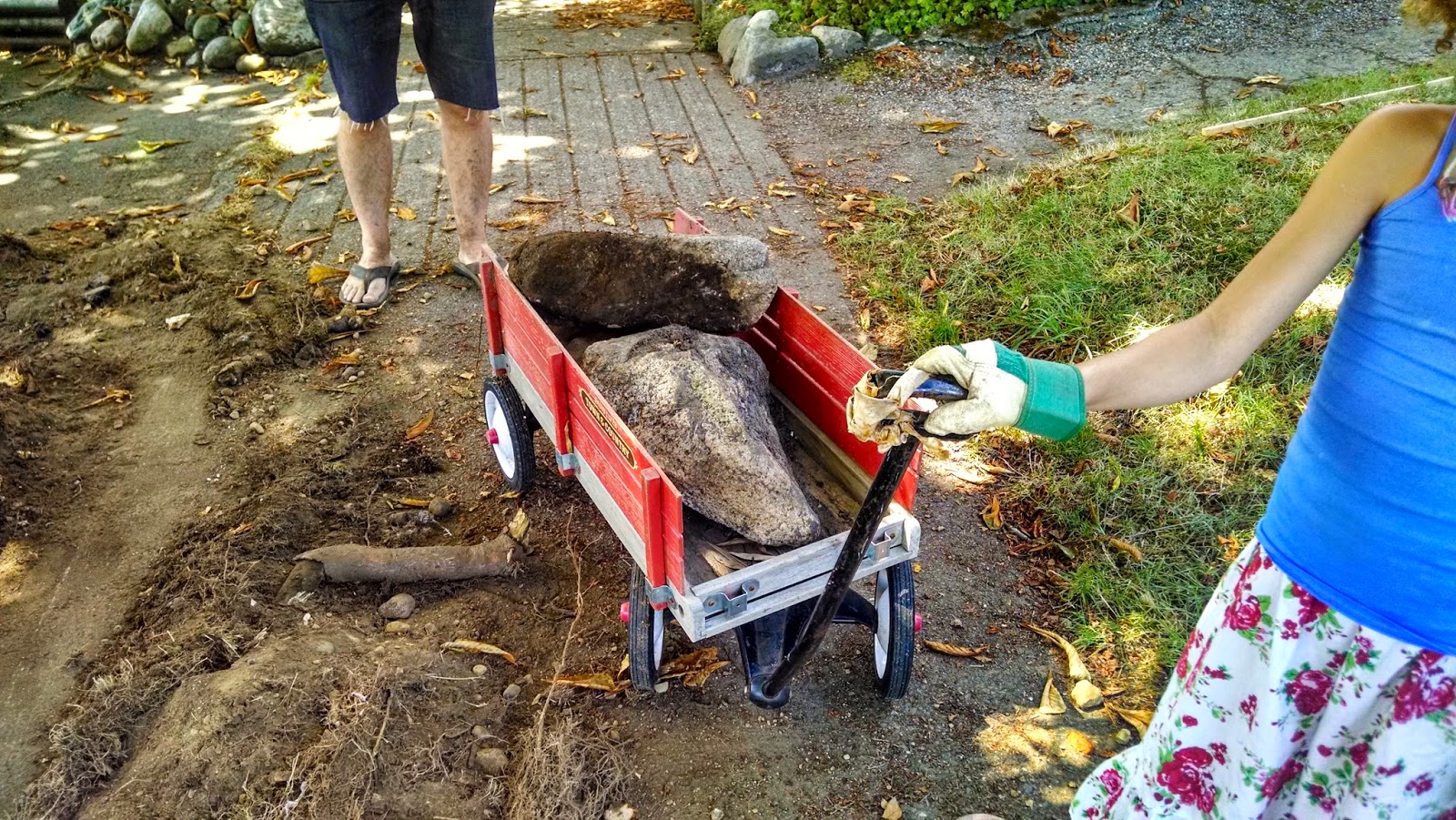 Gathering rocks from the excavation. 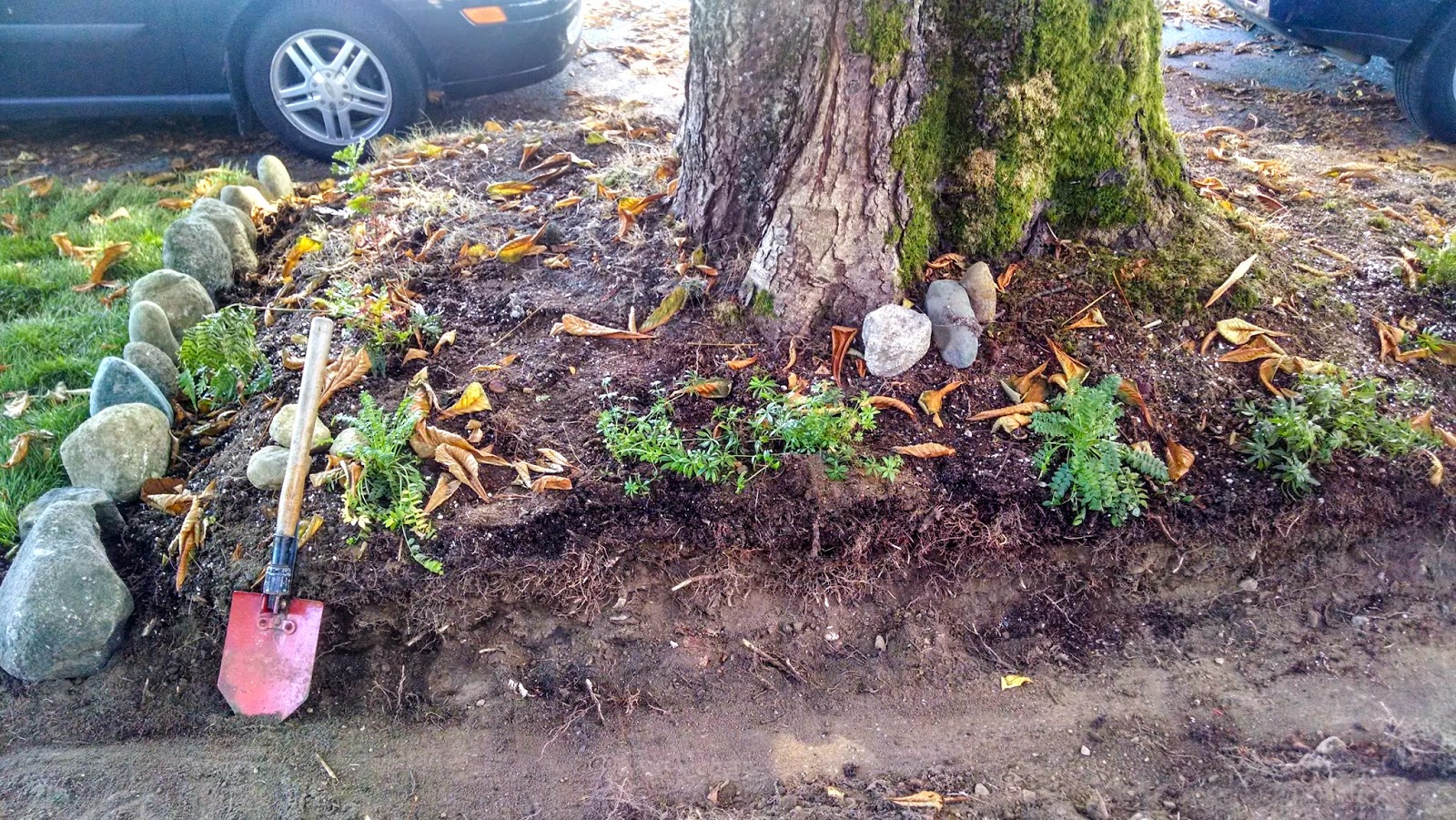 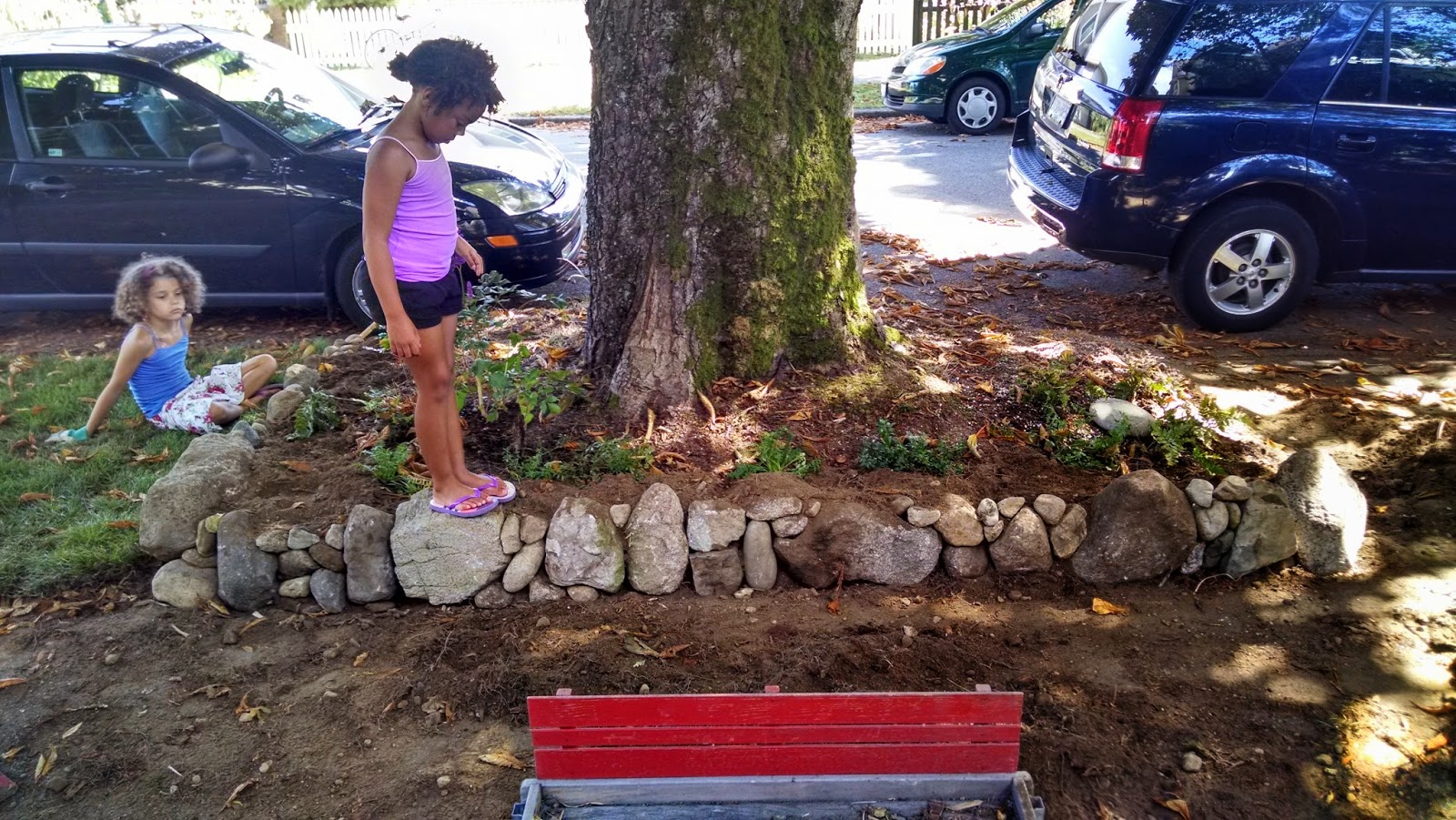 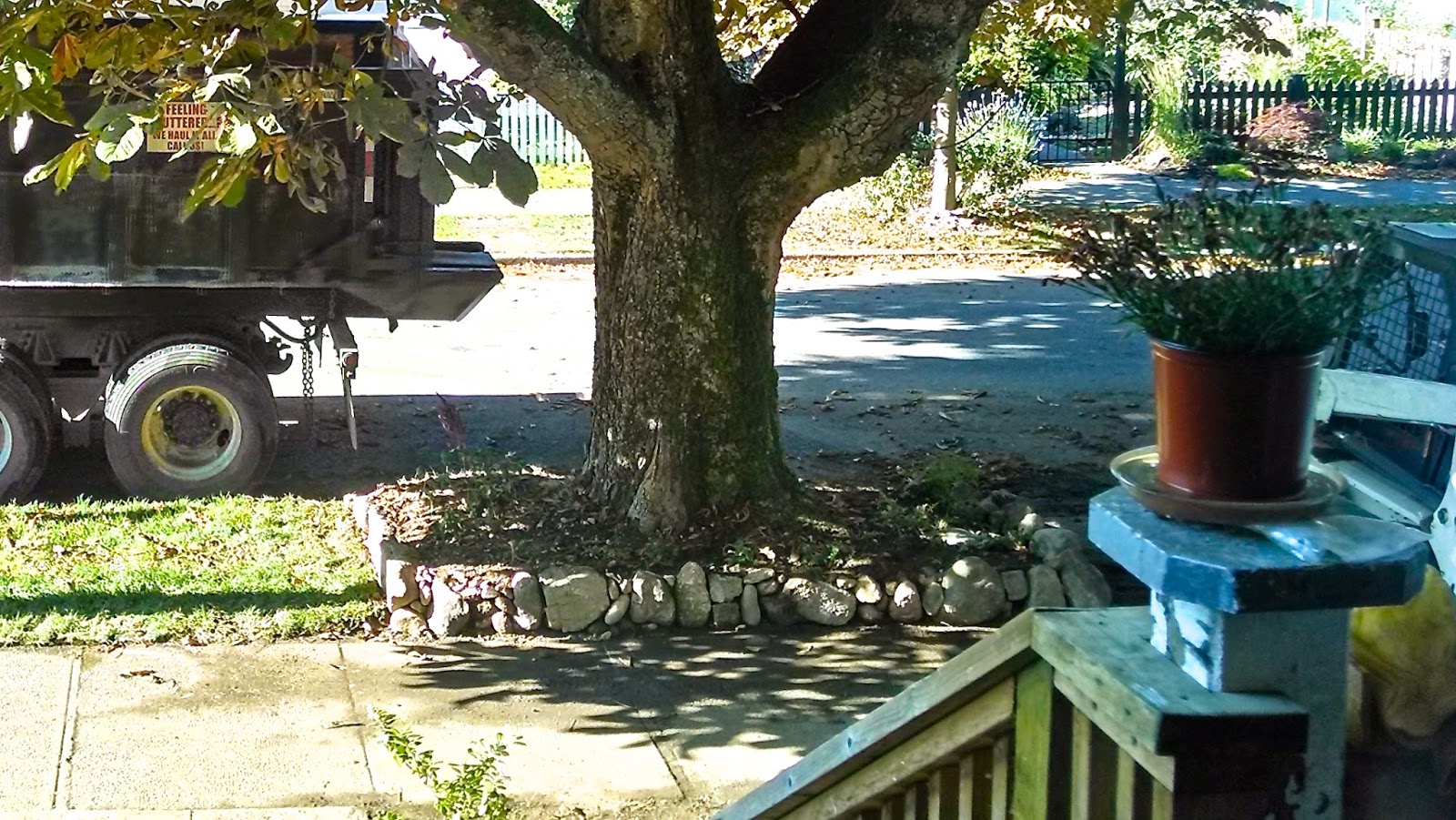 Starting to look even better! 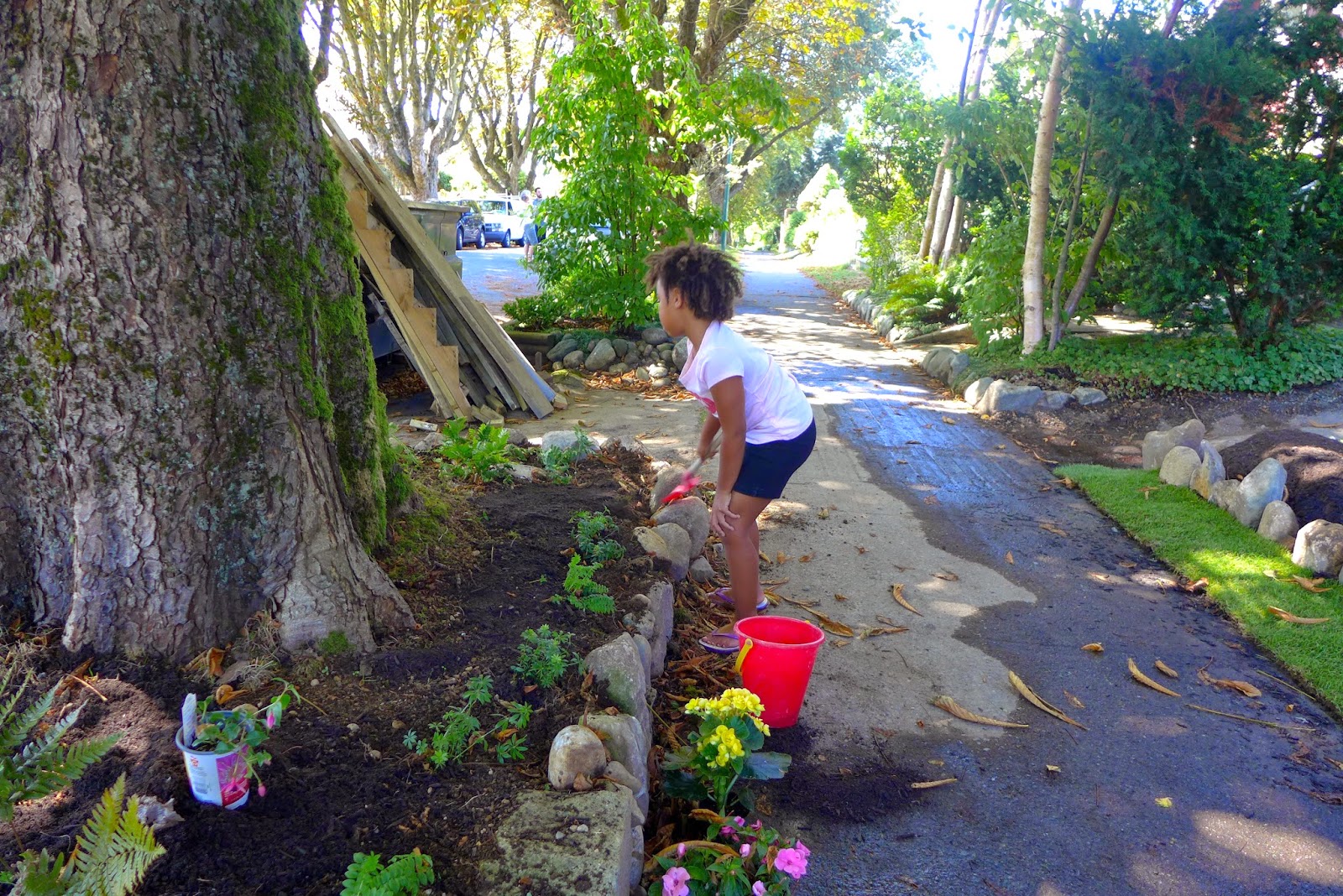 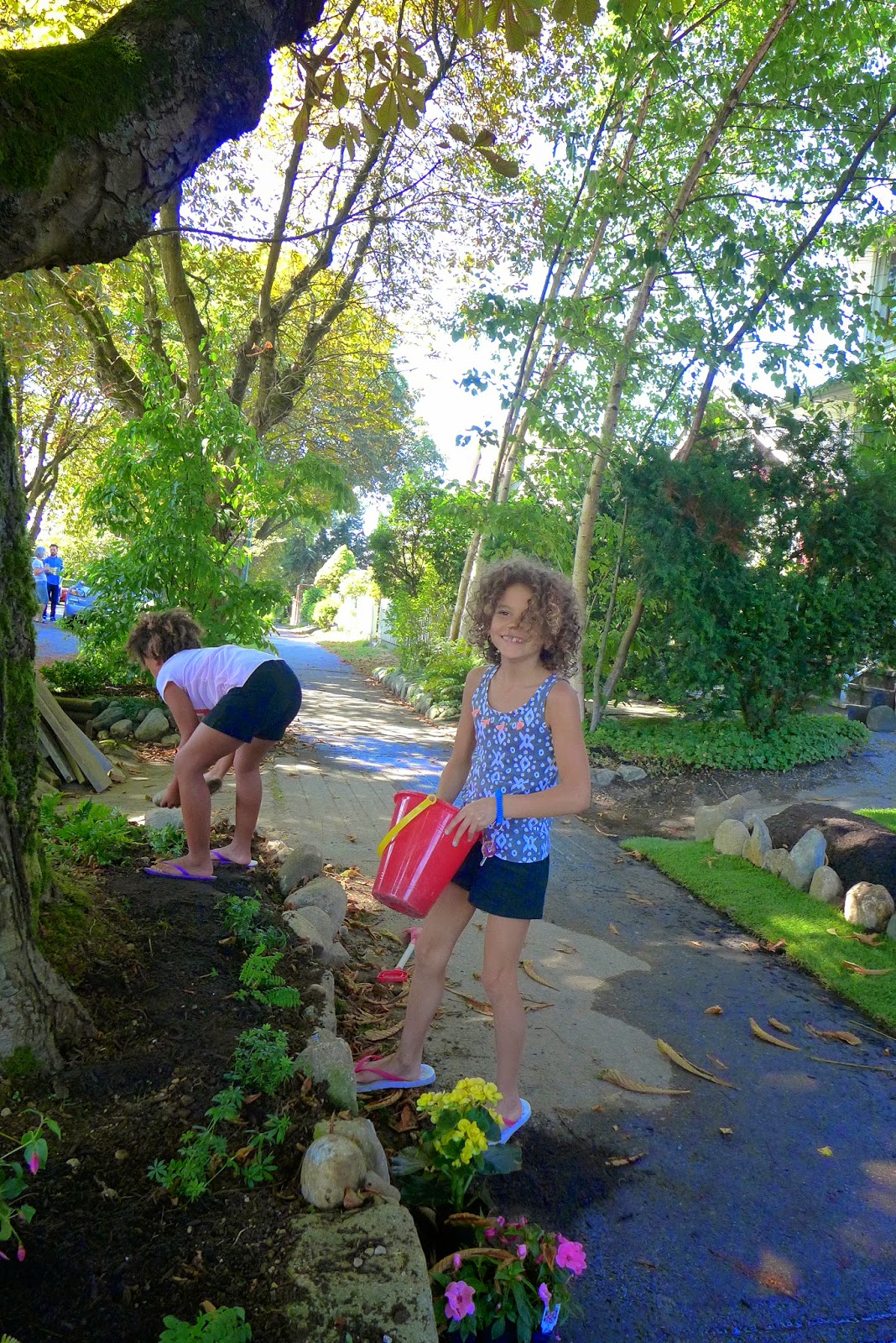 Honestly, we did not force the girls to do all this work. They love it! 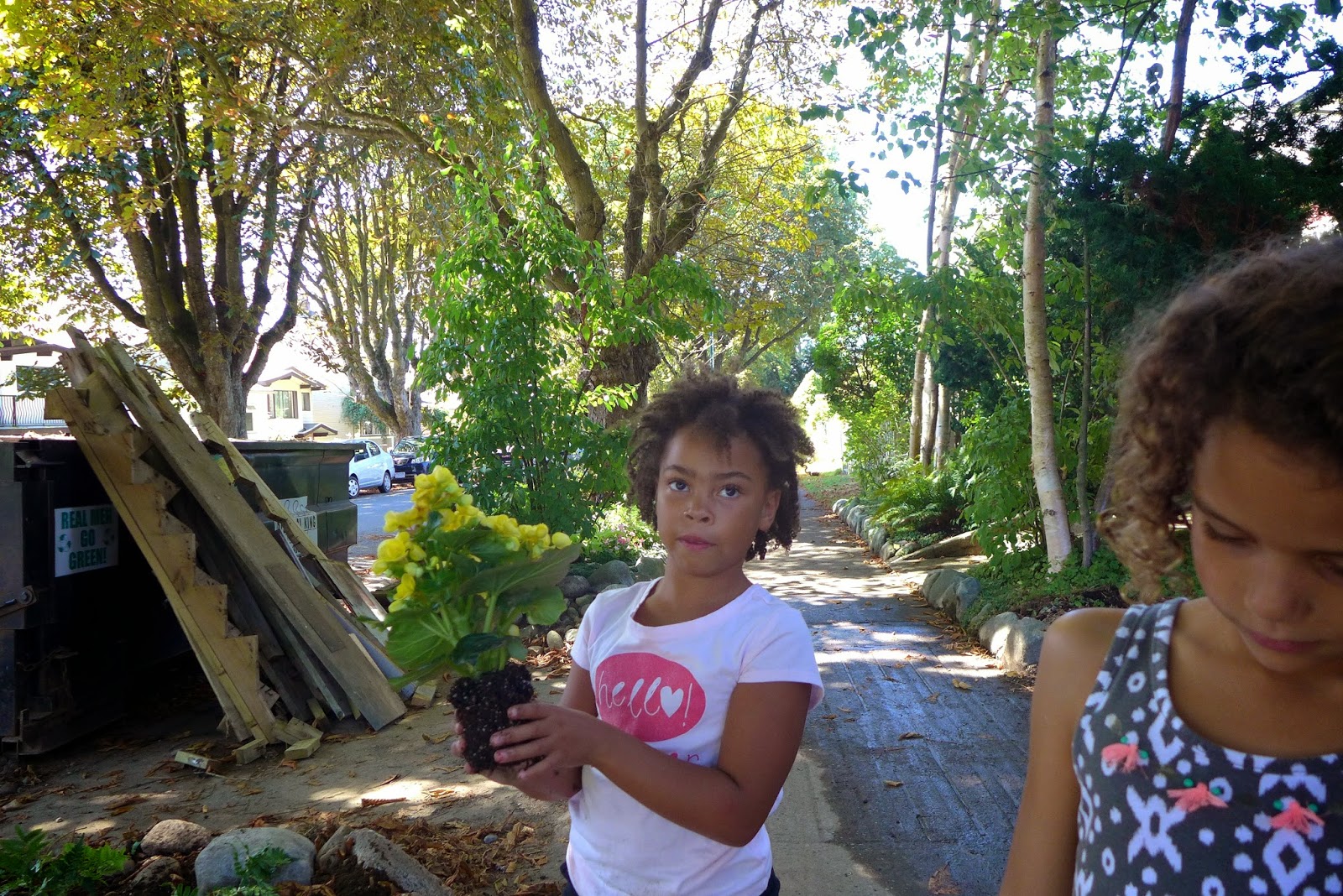 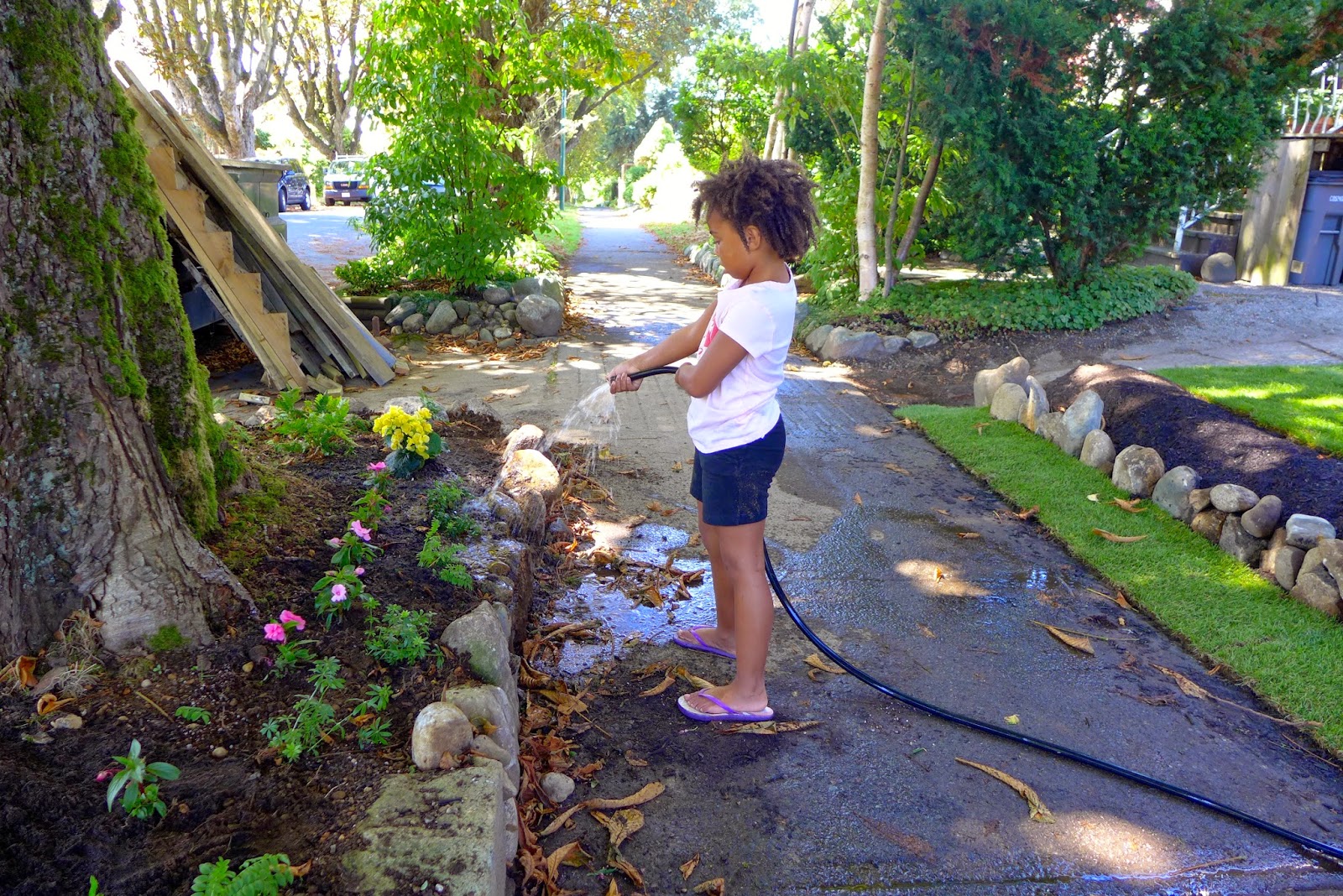 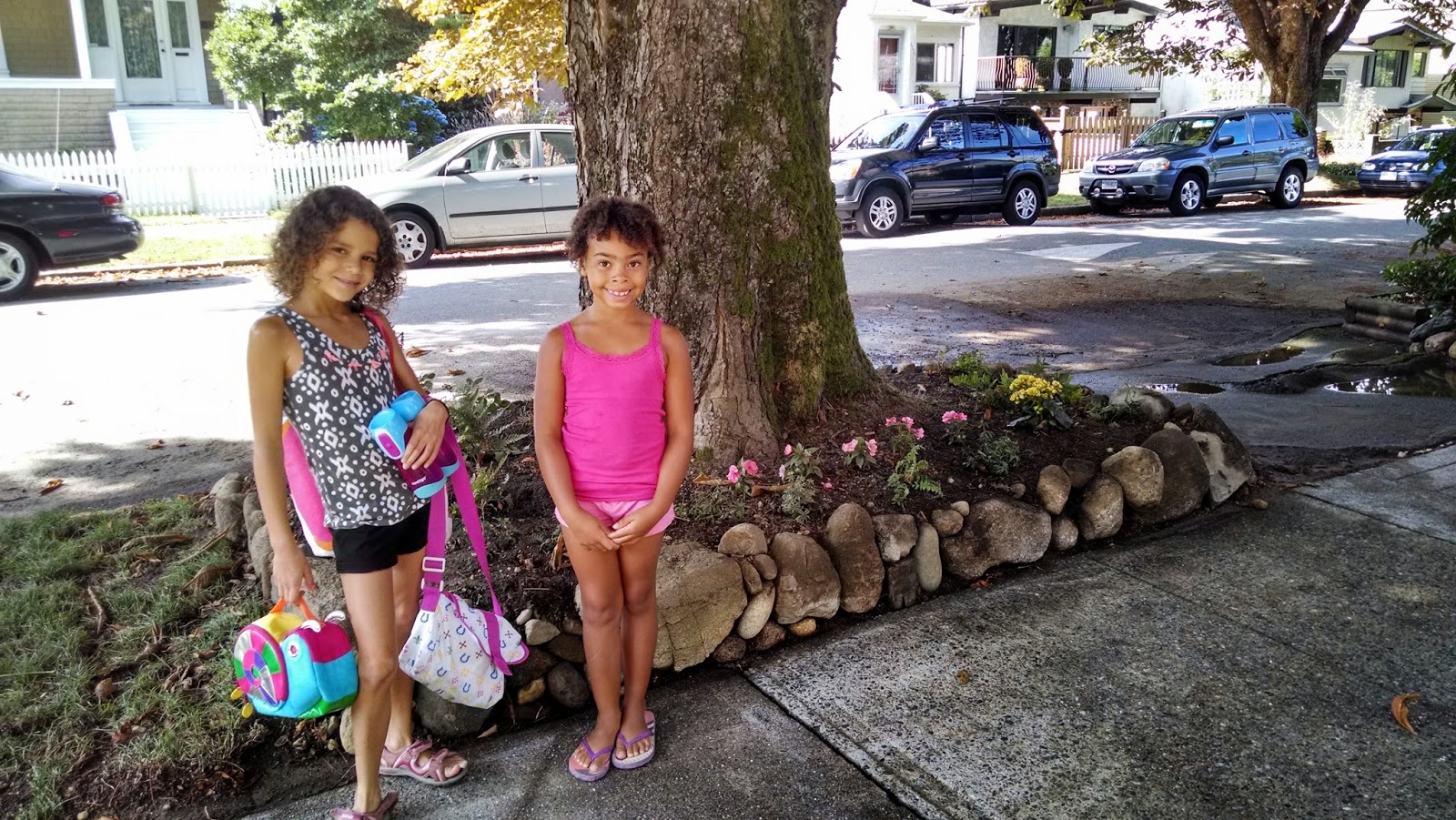 Beautiful job! I love those giant chestnut trees. Why was there a fence around it?