Andrew's prized possession: a new Blue Star gas range. Extremely heavy! Steve and Keith had the help of these two delivery guys, quite the characters! 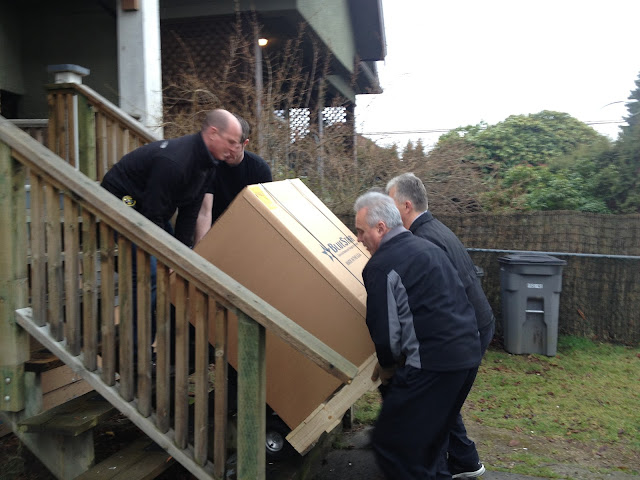 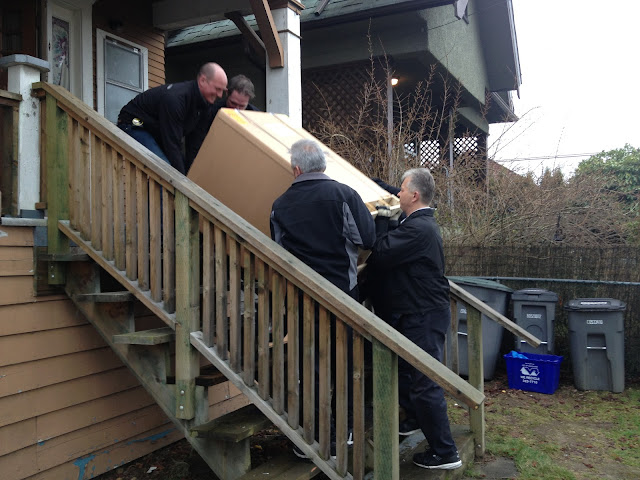 Andrew, a better photographer than I, took some lovely "before" shots of the main floor. 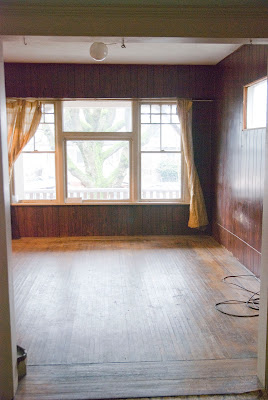 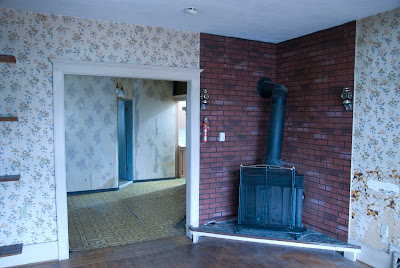 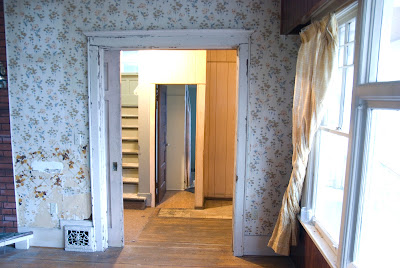 Pocket door onto hallway, and those registers like we had when I was a kid. The girls have already discovered you can talk to each other through them. 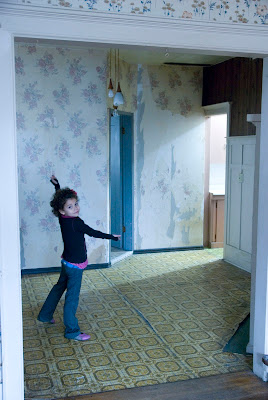 Ta-dum! Dining room. Lovely wainscotting! (And look how tall that girl is getting!) 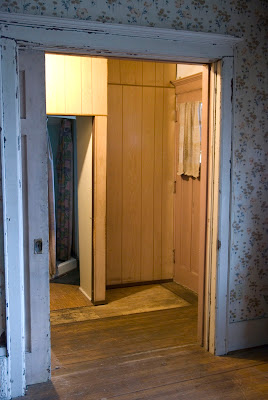 Entranceway with hideous bathroom stuck in. It'll be nice to see what happens when that's torn out. 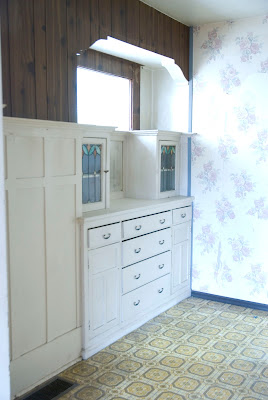 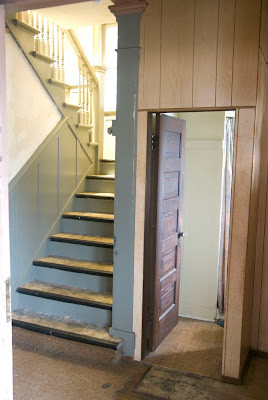 There really isn't that much sunlight streaming in.; there's a light on up there. But there will be a lot of light once we get rid of the upstairs closet that hangs over the stairway, put in a skylight and get rid of that nasty bathroom, which will really open things up! 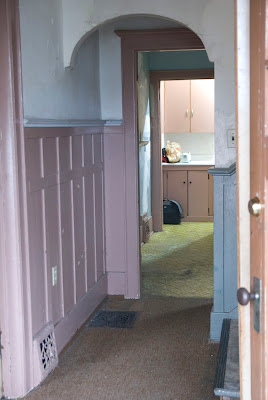 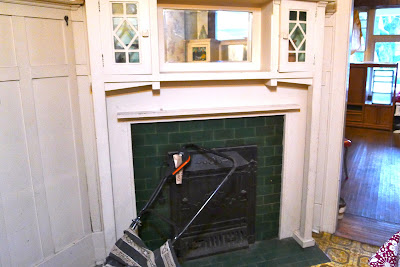 Green-tiled fireplace -- apparently a popular choice in the neighbourhood at the time. Our friends, Trudy and Errol, who are doing up a similar house a few blocks away, have the same cast iron fireplace, and Trudy tells me that they've had several chimney repairers, two of whom took photos, tell her they'd never seen that design or that crest before! Perhaps our houses were built by the same guys. Or at least they shopped at the same places (I suppose they didn't have the endless choices we do). Trudy thinks they might have the same green tile too! 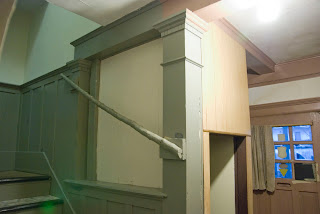