My last post was whinging about life with construction (anyone who's done a reno while living in the house knows what I'm talking about). Just add moving to the mix and stir.
Anyway, here's the work that was being done in that week or 10 days: mostly the finer woodworking stuff, at which Tercera excels. 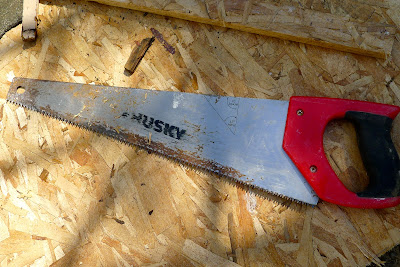 What strange, archaic implement is that, you wonder? They do use the loud modern kind, but, much to the cheer of their clients, often employ this quaint relic too! 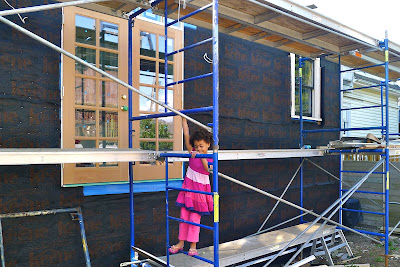 Preparing the back exterior for shingling (not Katie, the builders). 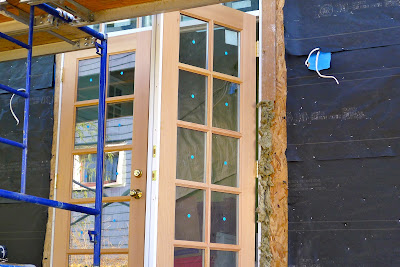 Framing in the back door. 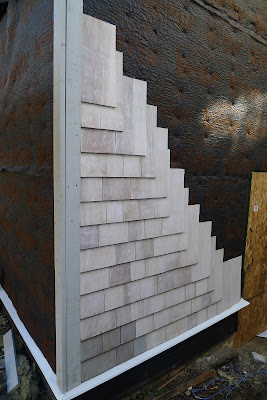 The shingling begins (cedar shakes to match the rest of the house). 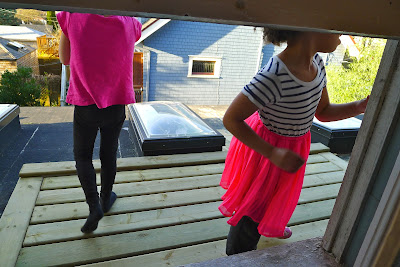 Platform for the new balcony being built at the back to match the one on the front (this one is off the back bedroom, over the extension, looking north). 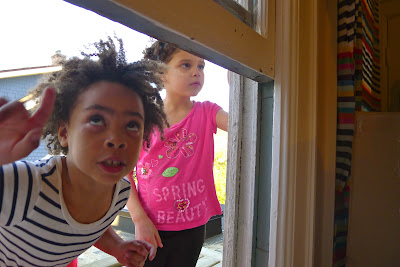 Demanding clients inspecting the quality of the work. 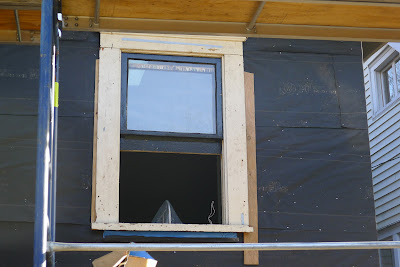 Back window in extension (it's the original window, recovered from demolished original back wall). The inspector did not want to allow it, but relented when Keith pointed out it would be in keeping with the goal of retaining heritage. : ) 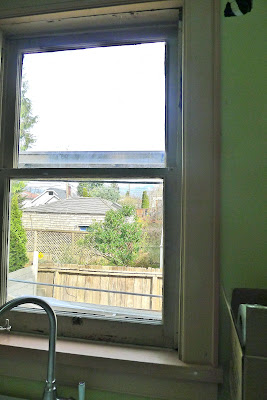 That window seen from the interior, new frame built. 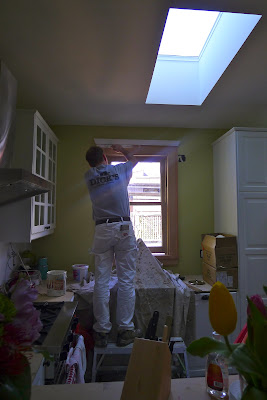 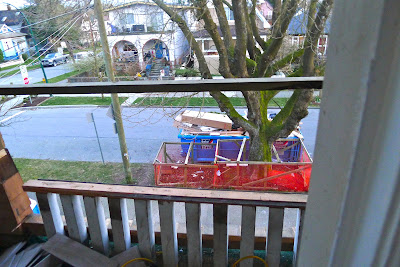 The front balcony was also brought up to code. The railing was dangerously low! 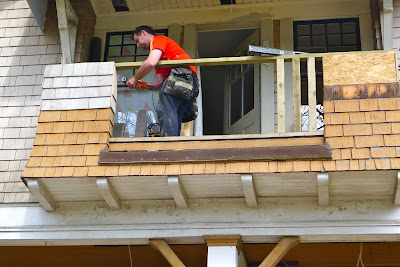 Martin and Terence were here for a week building balconies, shingling, and other exterior stuff. Fine fellows to have around. 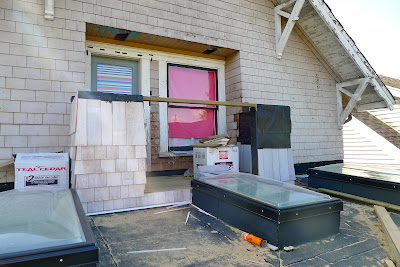 Lovely little back balcony coming together! New shingling there too. 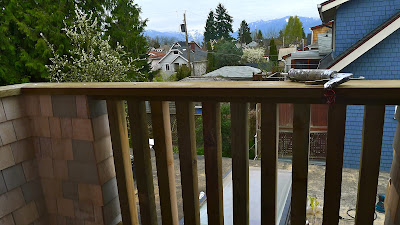 Standing on that little balcony looking out to mountain glimpse view. 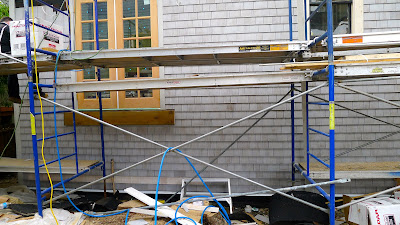 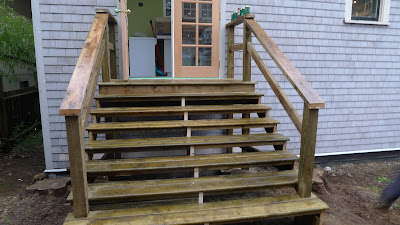 As I showed in an earlier post, temporary stairs leading up to back door. Built in three hours. 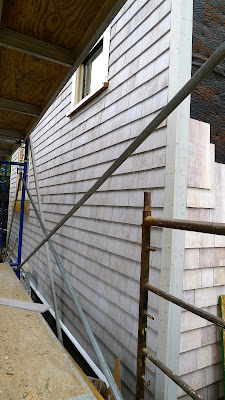 Shingling looks amazing. They did a nice border at the corner. 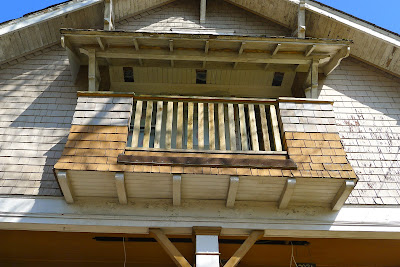 Front balcony done! The railing's so high that it hides some of the nice detail, but at least it's safe! 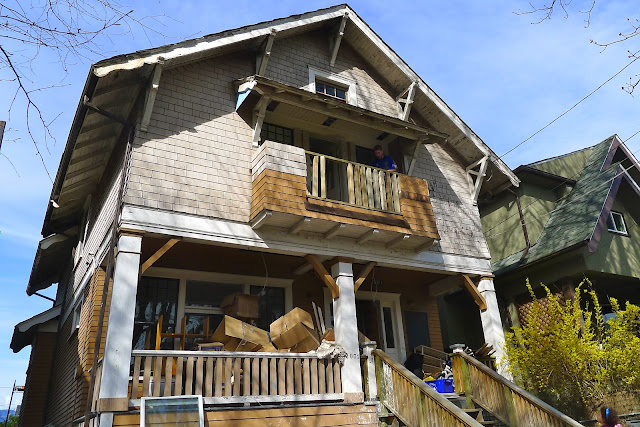 Otherwise, the front exterior looks pretty much the same. You can see by the pile of boxes on the porch that we're starting to do a bit of unpacking. Slooowly!

Oh, and notice the black rectangle to the right of the front door? That's where a nasty window had been sketchily put in; the guys removed it and have redone the siding to match.

It's all starting to come together!