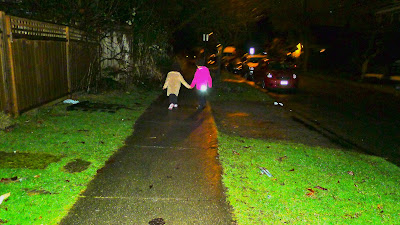 It was one of those days when if something could go wrong, it did!

First, the movers turned out to be the Double Rainbow crew, if you know what I mean. Painfully slow; the place was so upside-down at 3 o'clock when the cleaners arrived, that they took one look and left; they returned at 6 and abandoned us for good. 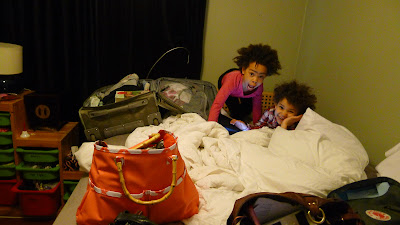 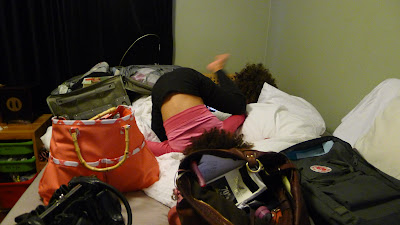 I gently spoke to the movers about maybe going a bit faster, but that didn't go over well. The guy I spoke to (apparently, the team lead who'd been packing the kitchen for 6 hours at that point?) told me I'd hurt his feelings and I ended up apologizing....? 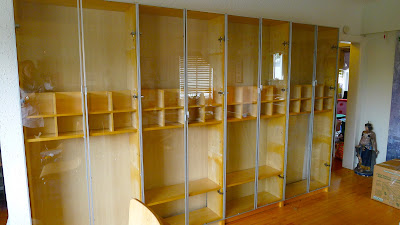 The owner of the company called me at some point and, after I said hello, started yelling at me, really off the rails; I'm not even sure what he was saying -- something about it being our fault that the packers -- who just then had their heads together, fondly reminiscing over Andrew's CD collection -- were slow (too much stuff was the gist) so I just hung up. Twice. Andrew talked him down when he threatened to abandon our stuff on the street. We needed to agree to pay more money, I think was the long and short of it.

So at 8 pm they finally called in a second crew, who had to go in search of boxes at 9 pm, and they were still packing and loading at midnight. 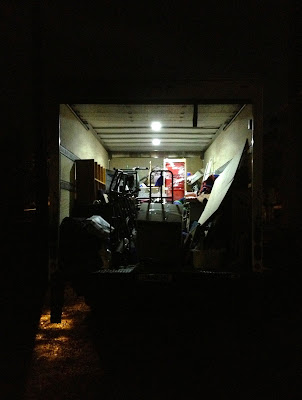 Get this. I finally got the girls to the hotel with the car packed with everything not going into storage, everything, that is, except my purse.... The hotel folks wouldn't let me check in without ID or a credit card. (Jane, you almost ended up paying for it!) I won't go into more detail, but, at that point, with two exhausted kids hovering between giggles and sobs (and their mother too), it was not pretty. 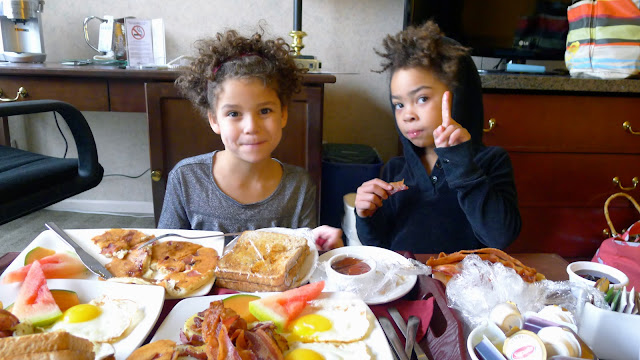 I got the girls to bed by 12:30, while Andrew and his buddy Dave cleaned until 2 am. If you're still reading, you may find it amusing to hear that, to top things off, we wore sweaters and scarves to bed it was so cold in here but were too tired to call the desk, only to discover today that it wasn't just us! The heating system in our room actually did need repair. …What a day!

All of which served to underscore what amazing neighbours we have and why we'd be unwilling to move any farther than a block away.

As well as numerous hugs of support -- virtual and real -- we had so much help from our neighbours. Biyun had the girls over to play. Then Jacqueline had them to her place for another round of playing. Jacqueline invited them to stay for Josh's quinoa mushroom soup (mmm) but Biyun had already invited them over for homemade pizza! Biyun even brought some over for us! When Jane heard we still hadn't booked a hotel, she got on the phone and found us one (in English Bay!). Jacqueline and Josh are storing some of the fragile things we didn't trust the movers with. Jane and Lorraine are storing some large canvasses, which Clara helped us carry over. Thank you for all the help and support!

Tercera, our construction team, also remembered the date and offered bodies and trucks! (which in retrospect, we should have taken them up on. The job would have been done by noon!)

Meanwhile, back at the new ranch, the kitchen was being installed. See next post! 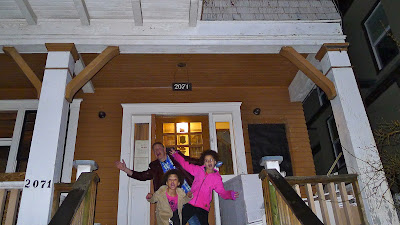 Wow what a day. Absolutely nuts.
We should compare moving stories over a large bottle of wine. Our shippers actually unpacked our boxes. Yes! Then re-labeled them with the wrong room names! We are STILL looking for essentials. They also packed some dirty dishcloths and a jar of dead sea salt in water... Can you imagine the 'surprise' when we opened that box 4 months later when our container arrived in Vancouver.? Unpleasant! Sending you hugs for better days ahead...
Onward and upward!!
Trudy x

OMG, what a nightmare! Definitely sounds like a big-bottle-of-wine conversation! ... Yup, onward and upward! xo

I guess this is the "glitch" of the whole reno thing. Everything else is going so well, that you needed some comic relief--although, at the time, it was not so funny.

If anyone can handle things, it's you four--AND, it's over!! The day from hell, for sure. It's all upward from here.