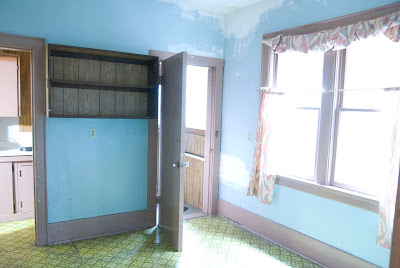 former kitchen, will become den. Scullery in background will become bathroom with shower. 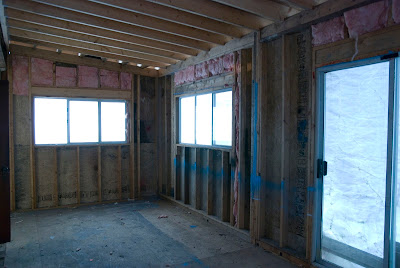 Extension: kitchen will be on one end.... 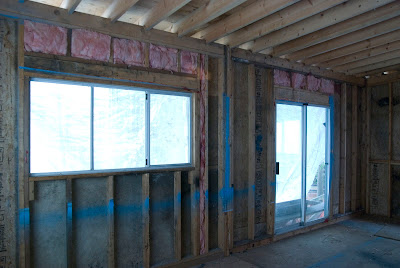 craft area, desk, and storage on the other. French door and nice window to replace these. 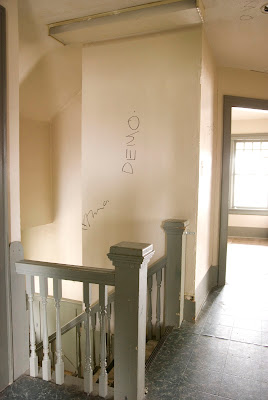 closet hanging over stairs will come out, making a brighter, more open stairway. 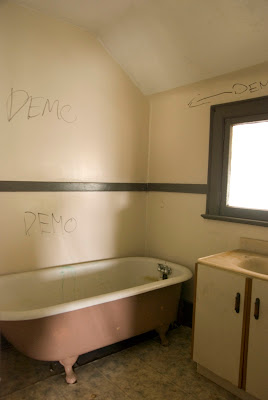 It was cheaper to buy a new bigger claw foot, cast iron tub from vintagetub.com than it was to have this one refinished. Anyone want an old cast-iron tub? 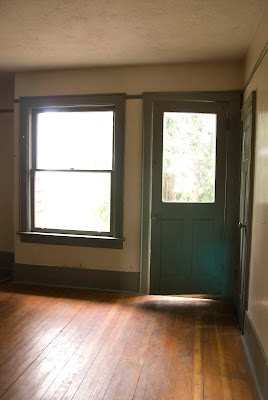 Master bedroom with back door that will eventually lead to upper deck, with not-bad views of downtown, as Amy pointed out. 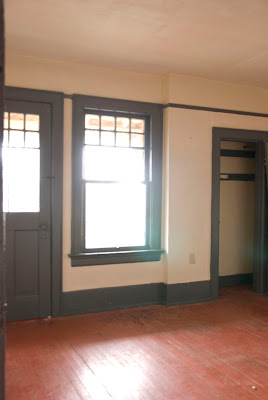 Fifi's room. The girls really, really wanted their own rooms. There was, thankfully, no debate: Fifi chose this one with a door leading to the front balcony, and.... 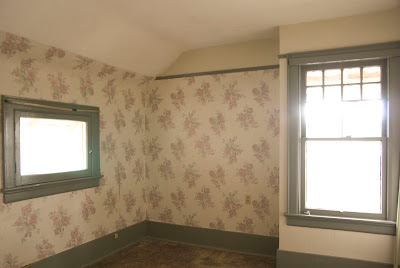 ...Katie chose this smaller one with a window leading to the same balcony and the floral wallpaper that she wants to keep. : )